Sittning at the airport and are on my way back home to my family. It is going to be so nice to hug my kids and family again even though I had the most beautiful and emotional week in a long time.

We went back to the school outside Veron.

We filled up the car with two of the bikes for the orphaned, coconuts, rice, food, toothbrush and toothpaste for the kids. 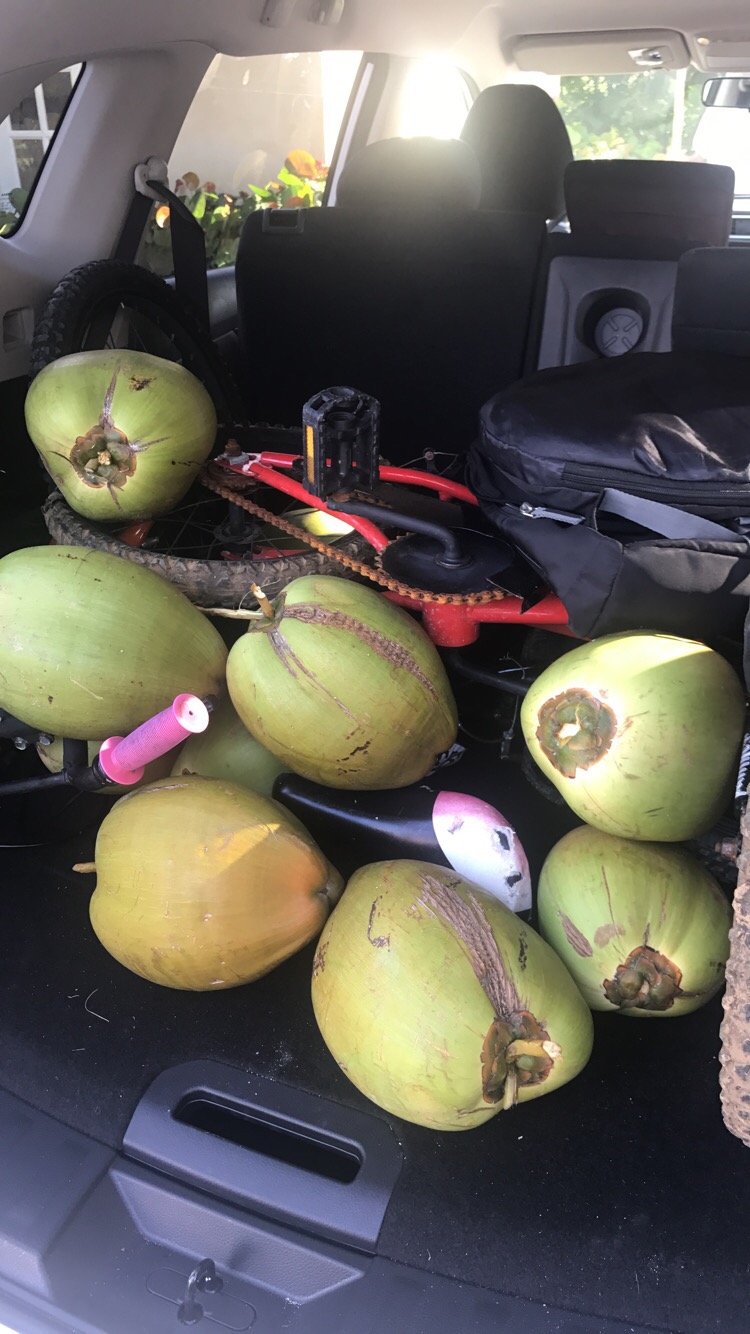 When we came the kids were just about to start. 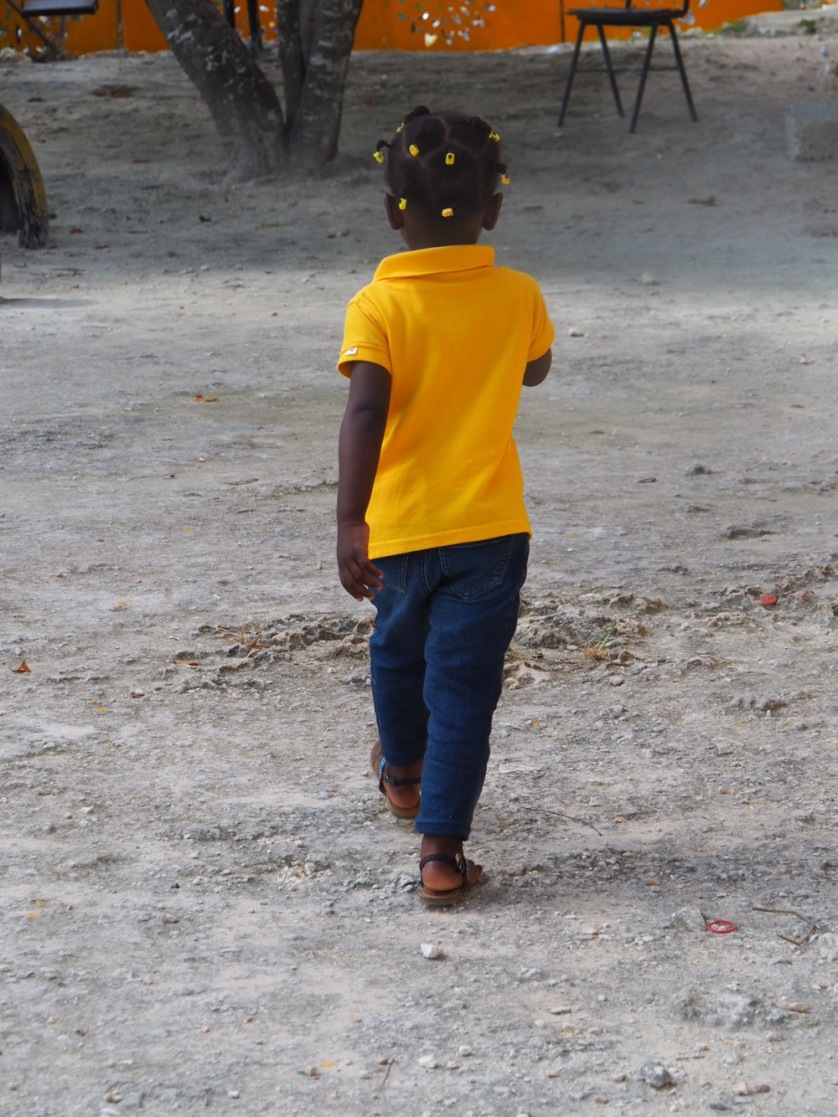 In Clauss some of the kids had started to work but when Ebba enters the call out her name and smiles. 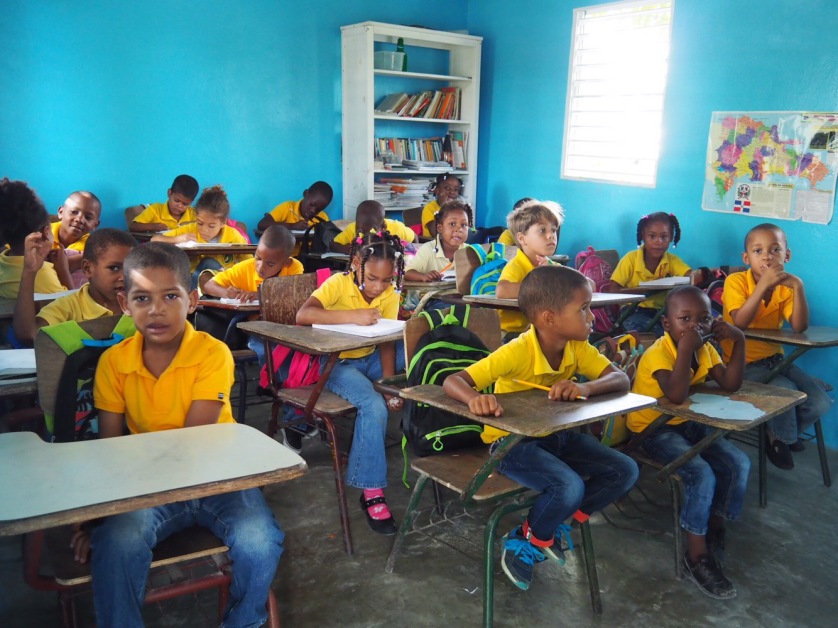 There are so many smiling faces but also a few with deep thoughts. It is extremely nice to see the kids are allowed to be kids and surrounded by friends whom they can play with during the breaks. There life around the school looks differently.

The youngste of the orphan children, Jose Carlos, was in school. He looked tired.

But still he is in Clauss. During the break Ebba sat down with h for a while. 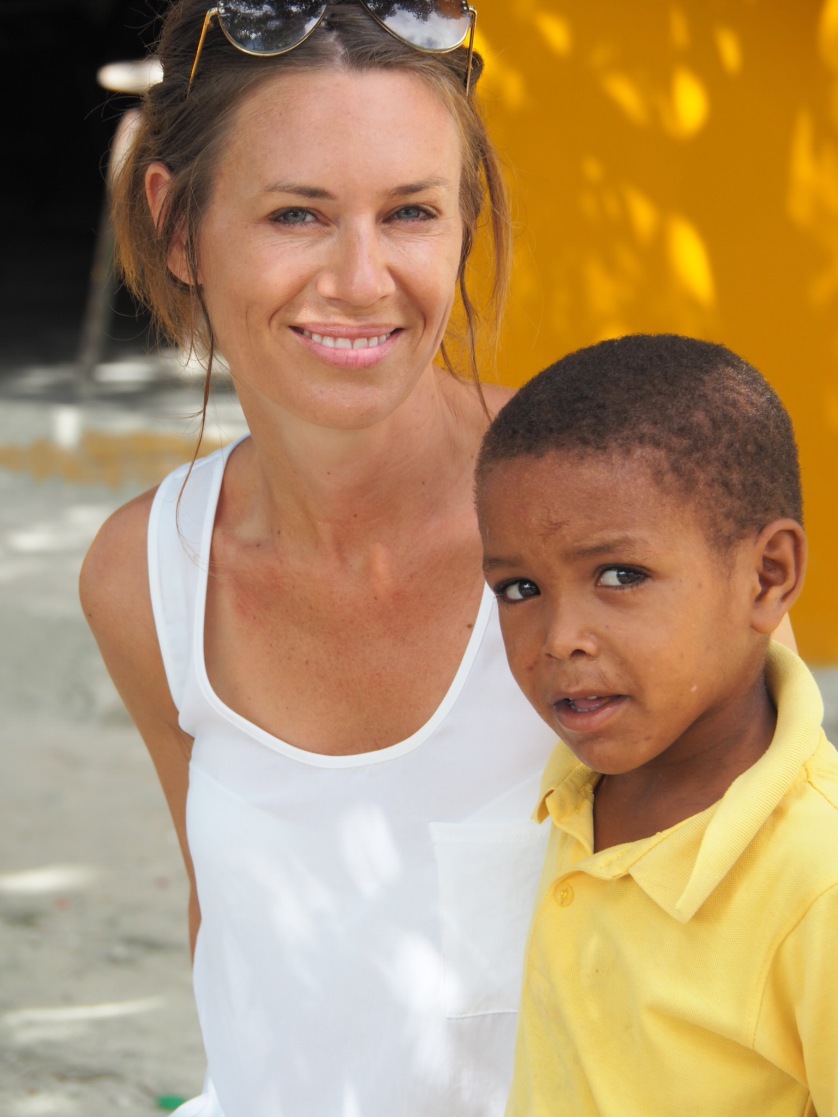 She asked how he was doing and if he had breakfast. The money we received for breakfast for the kids needs go go through the bank so everything Is registered and they have not been able to organize with the ”supermarket” across the street yet, but will in a couple of days.

His answer was ”No”. Ebba took his hand and walked straight to the office were the coconut was. 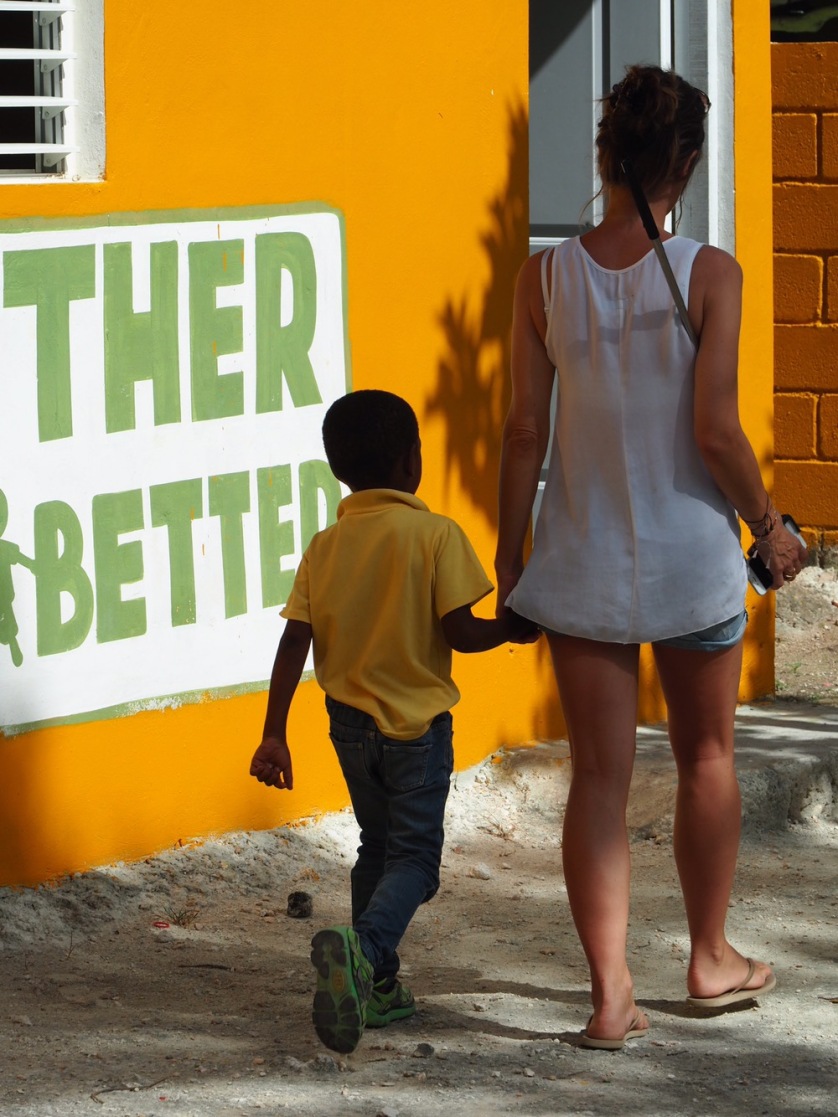 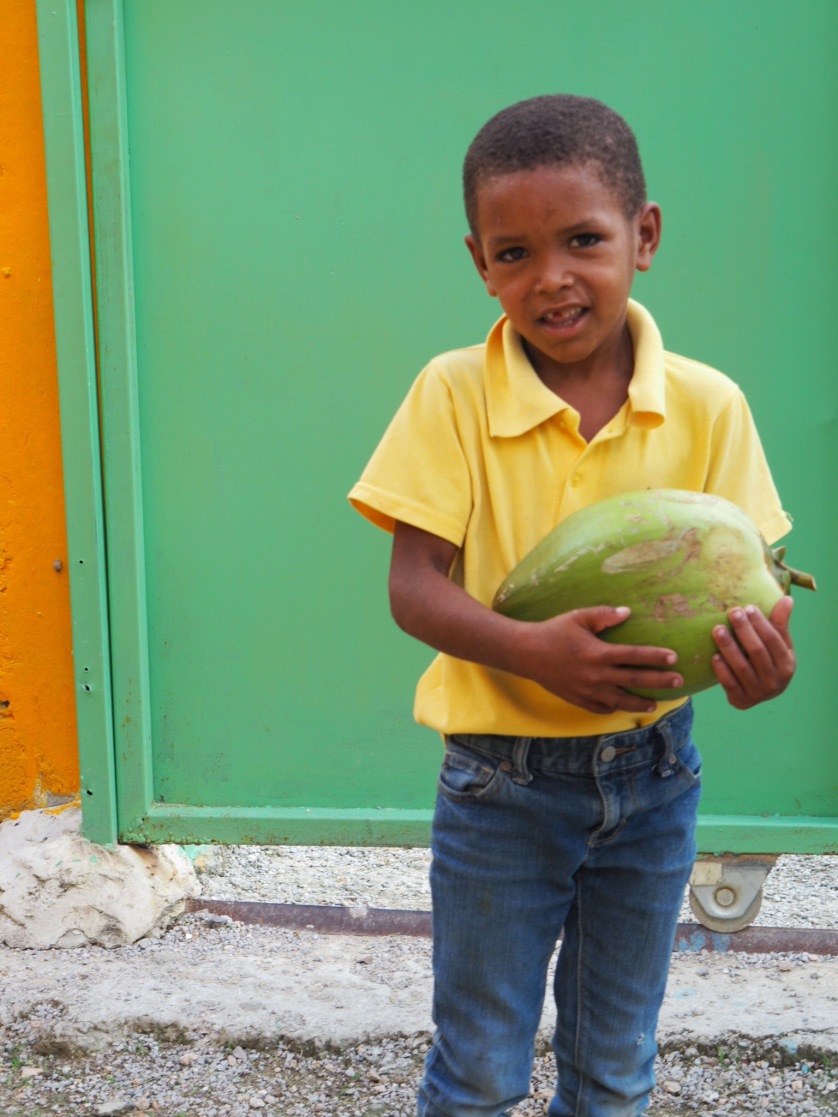 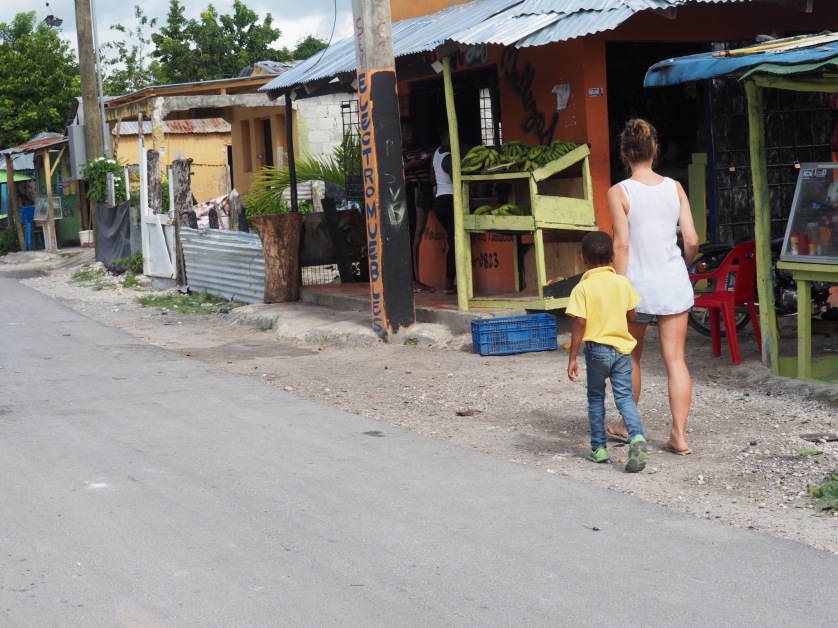 They walked over to the ”supermarket” stand and asked them to open the coconut for Jose Carlos. 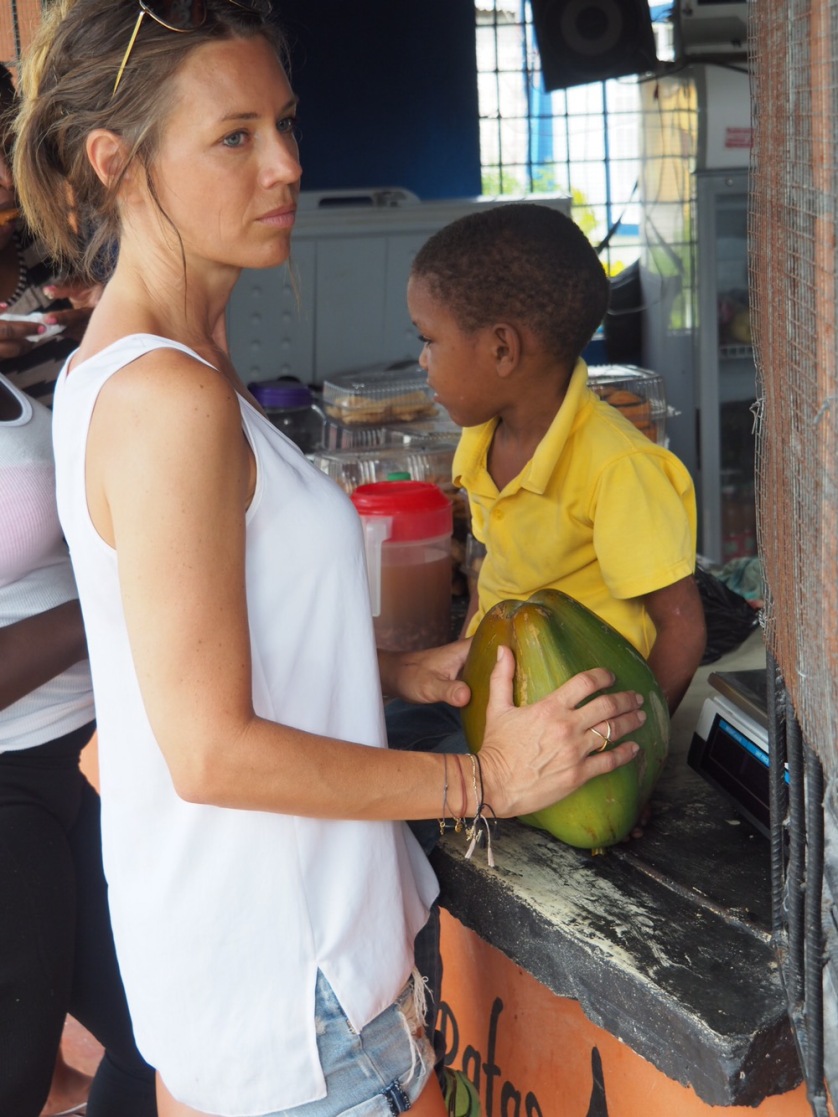 He walked back to the school with teacher Johanny and sat down on a chair in the shadow and he drank, and drank and drank.

The other kids was playing but this little guy enjoyed his coconut and he also ate when he finished drinking.

The smile came back and what they feel for Ebba is no doubt. She is doing an amazing job but most of all she cares, for real! 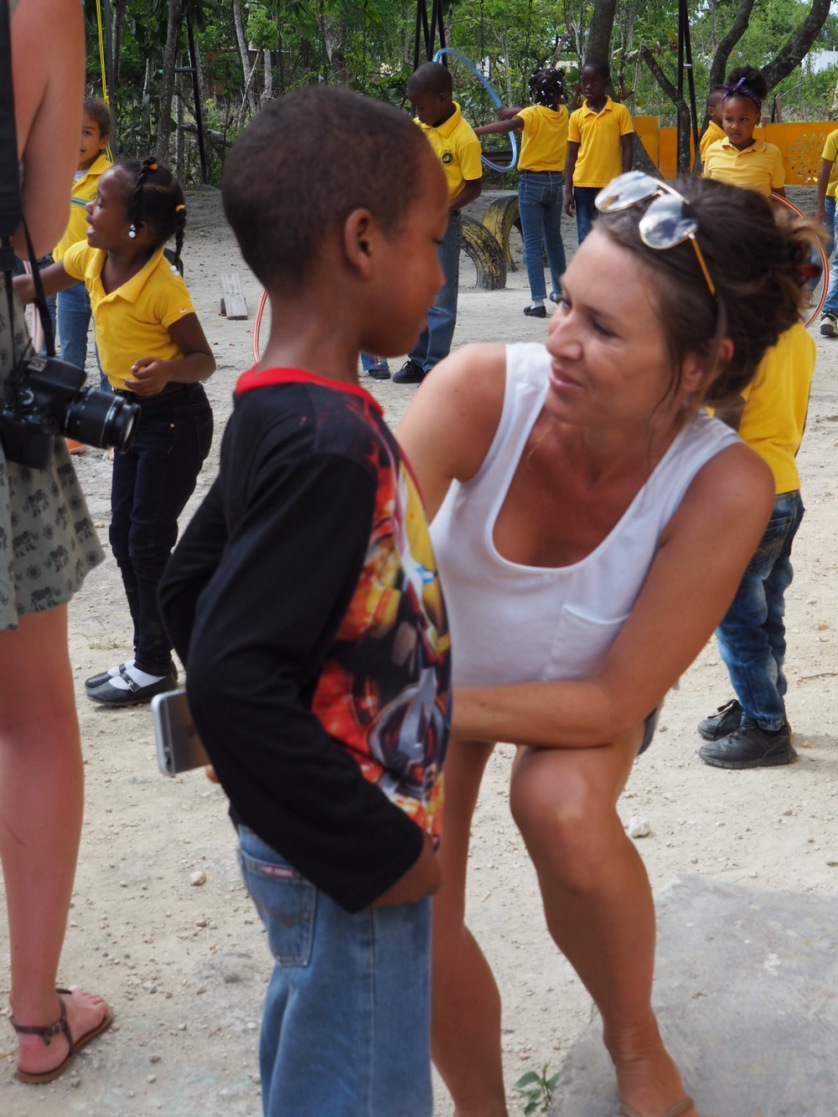 Jose Carlos siblings has not been able to go to school but since Ebba received donations from friends while we been here even the other to will have the chance to go to school. And his brother came today.  So the help from donations gets straight to where it is most needed.

When we left school we went to the home of an 8-year old girl who’s parents are out of work, with some clothes and towels.

The last thing we were suppose to do was to leave the two bikes that we didn’t fit in the car on Friday and the food for the orphans. 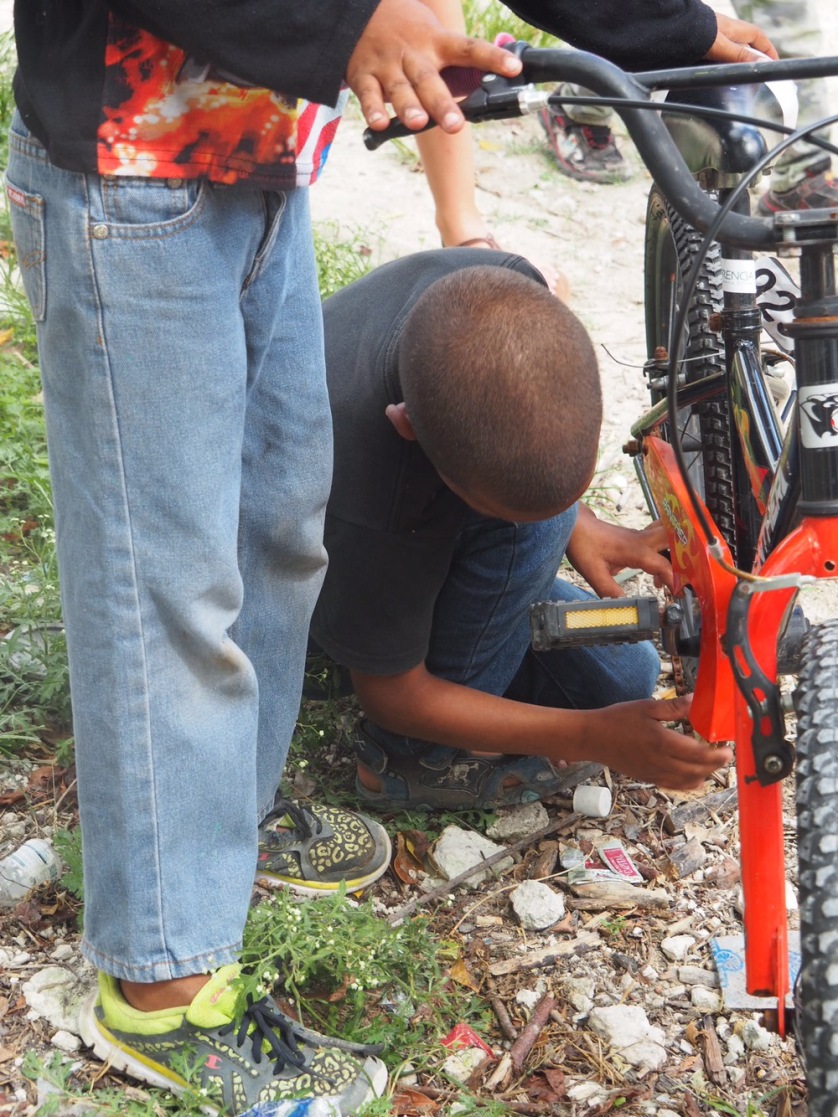 They started to play and fix with the bikes at once. 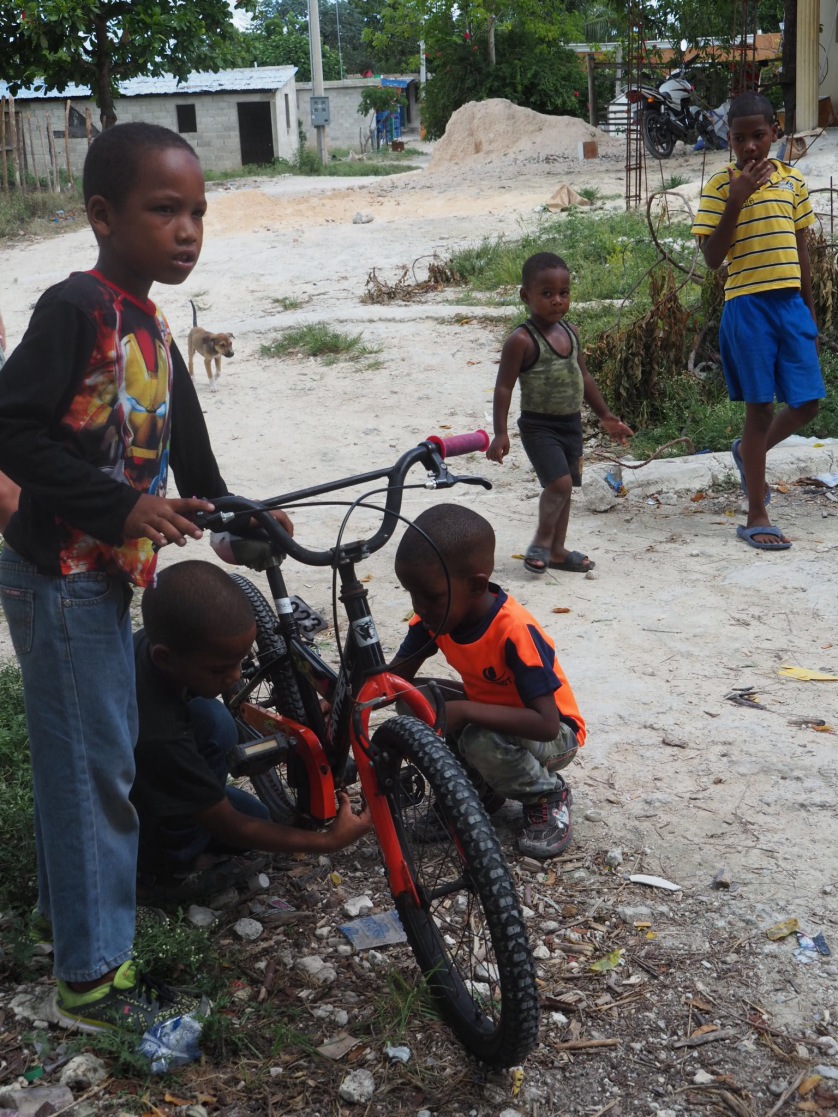 We handed over the food, toothbrushes and toothpaste to grandmother. 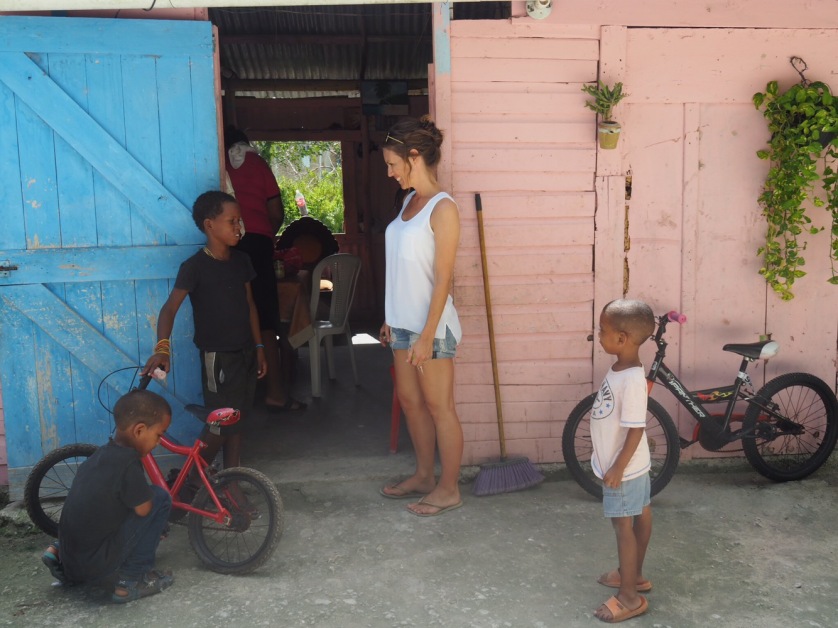 Thankful kids, but we could tell something was wrong. We could hear there grandfather behind the curtain was in pain.

We asked grandmother what was wrong. And she was so worried 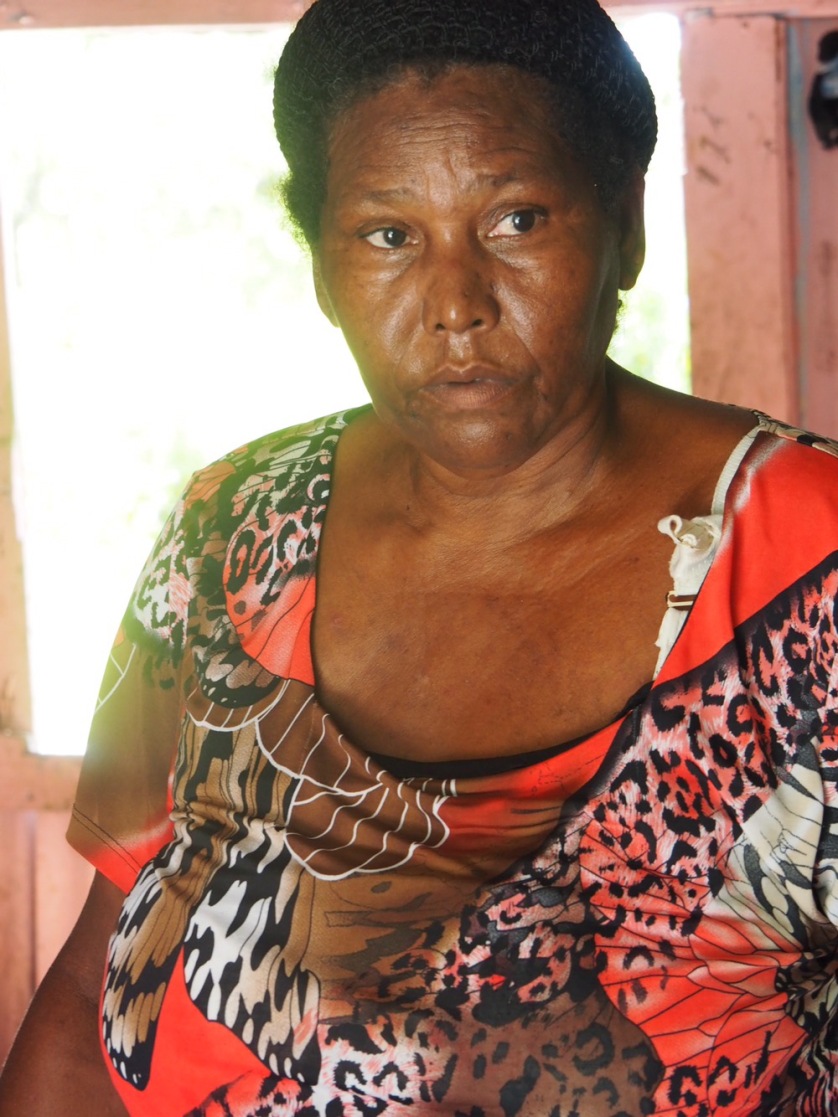 He was really ill and in pain and need to see a doctor. It was so bad that they actually needed an ambulance but could not afford. 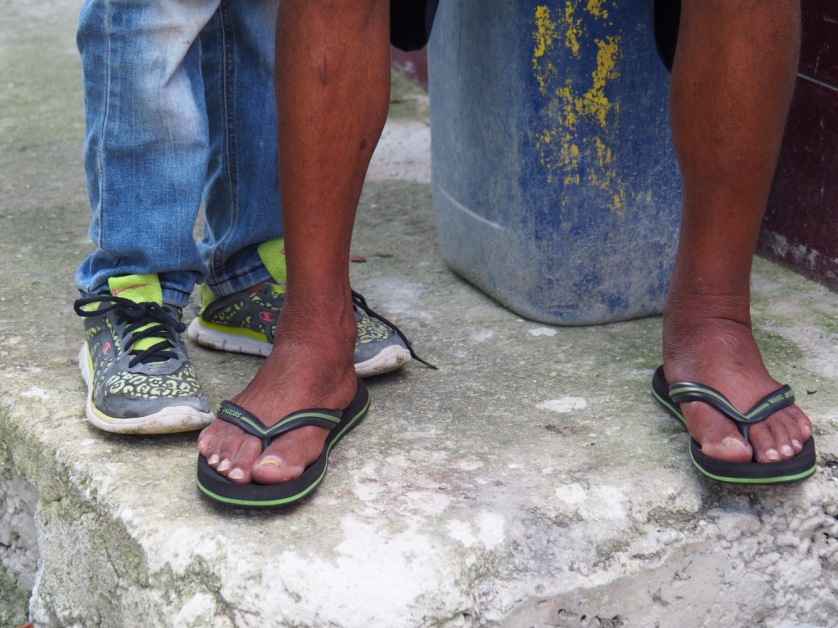 Today in total pain. So we asked how much for ambulance. They said around 25 dollars. No question. I donated 50 dollars for ambulance, doctor, medication.

I was thankful for being there at that time to actually be able to help and once. But god it hurts to know so many people can’t get help when they need to.

When we walked back to our car Ebba said ” you know, this is how it is. Even if we done a lot this week there is always something new coming up.” And that really make me understand why the donations needs to come in fluently.
But for sure know that the work ”Together for better ” really makes a difference. And it’s been doing with so much love 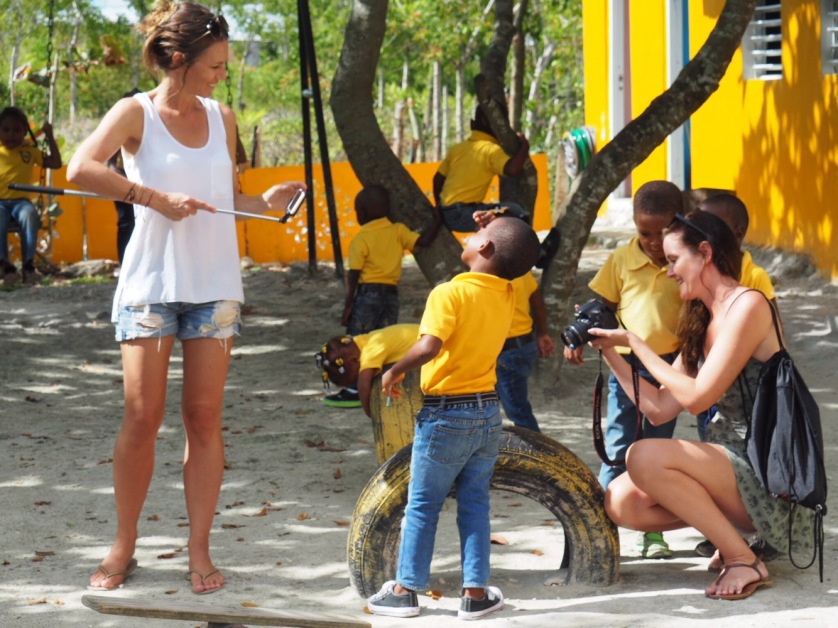 Before we jumped in to the car we went back to say goodbye to the kids.

But first we handed out the rest of the sports equipment Henrik Lundqvist foundation donated. The kids went crazy happy and it was so nice leaving them and see them laughing. Now I really hope that the hurricane that is expected on Wednesday will be not to bad. This is not what this beautiful kids need.

Thank you Ebba from the bottom of my heart for bringing me. I’m extremely thankful and so impressed by you. And even more happy for you becoming such a beautiful friend. I appreciate you so much!

Thanks to wonderful Ashley and Helena that helped us cover those days with film and pictures. You’re amazing women!
See you soon! Love you!

2 reaktioner på ”Together for better last day… this time:)”